The Evolution of a Mountain: Phase 1

The other day my boy said he wanted to make "diorama" of the Lego Chima world.

With the help of a Lego sticker book we made a list of all the different landscapes in that world. This list went into the project book we keep with ideas he wants to explore.

The landscape he wanted to start with was the mountainous region.

We then made a list of all of the different mediums that could be used: clay, cardboard, fabric, paper mache, etc.

We had not done paper mache in the past but we had talked about it many times. After discussing the pros and cons of each medium (clay would be heavy but you could add lots of detail, cardboard would be hard to shape into a mountain but would be lighter, etc...) he decided to research paper mache because it seemed to have the qualities he wanted: light with the ability to go big with detail. He finally decided to go with paper mache.

One of the first decisions he had to make was that of a base material. What would give the mountain structure while he was building? Wire was proposed, as was an upside-down tomato cage and a box. After getting some ideas of what is possible from this video he finally settled on using a base of an overturned vase, with newspaper added to make his desired shape, then covered with aluminum foil. 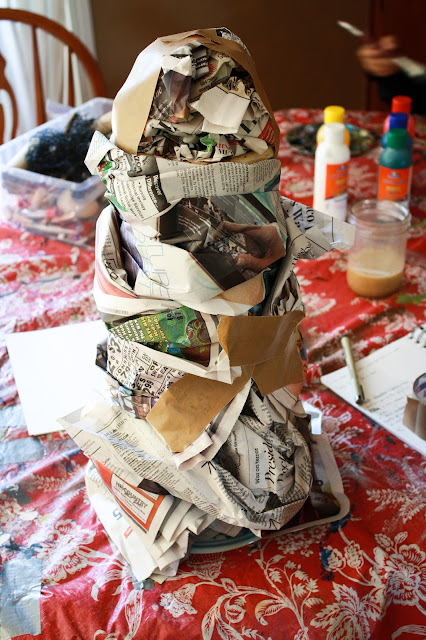 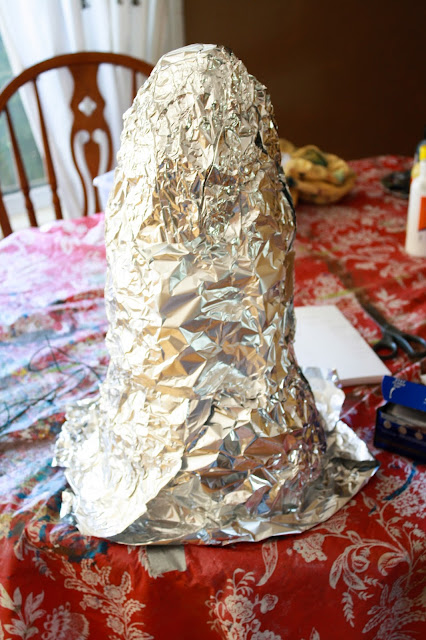 He used a very basic flour and water mix for the paste. 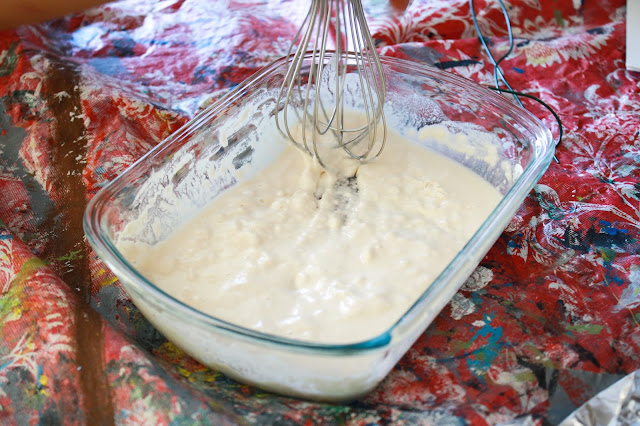 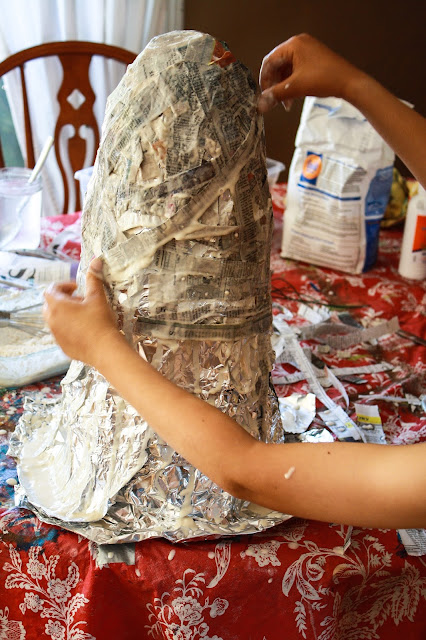 After another layer of paper and overnight dry time he felt it was strong enough to remove it from the base. I helped him cut a slit in the mountain to remove the base. He was extremely nervous about this part. 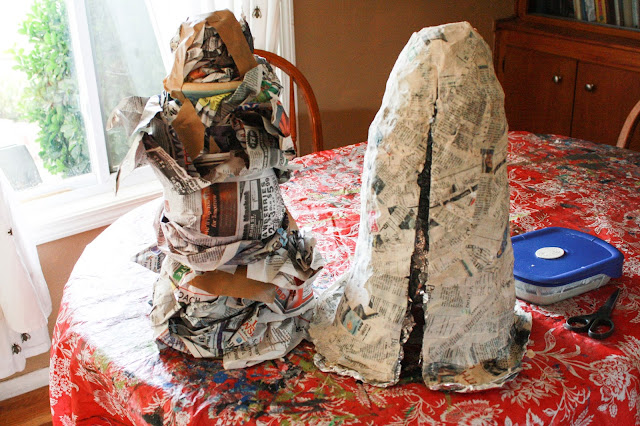 Here is the unwrapped over-turned vase next to the mountain. 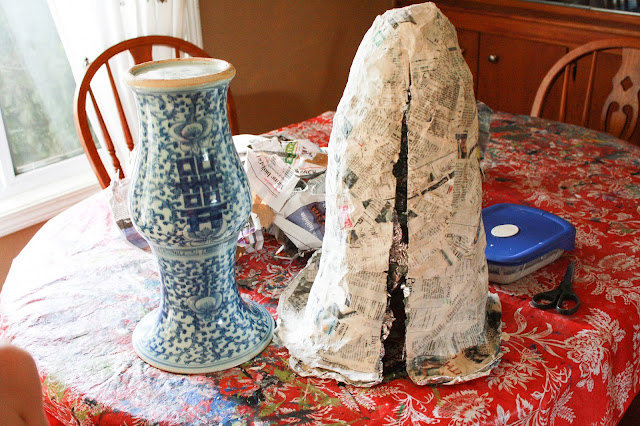 At this point he wanted the mountain have more of a slope and he wanted to add trails for the Dudes to climb up the mountain. I helped him add more paper around the base until we achieved the basic shape he wanted. 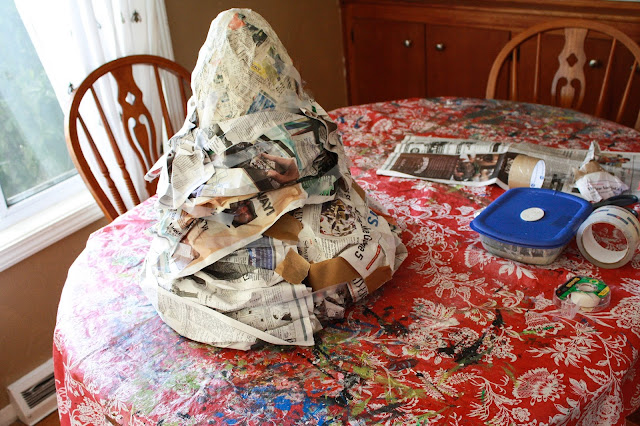 Then another layer of aluminum foil was added. 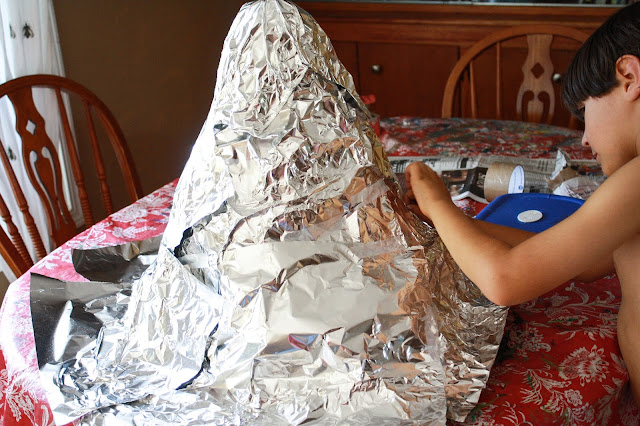 We talked about the many ways that trails could be made. With the actual paper mache built up for a trail, with extra foil taped on, or with pinching the existing foil into trails. He started pinching. 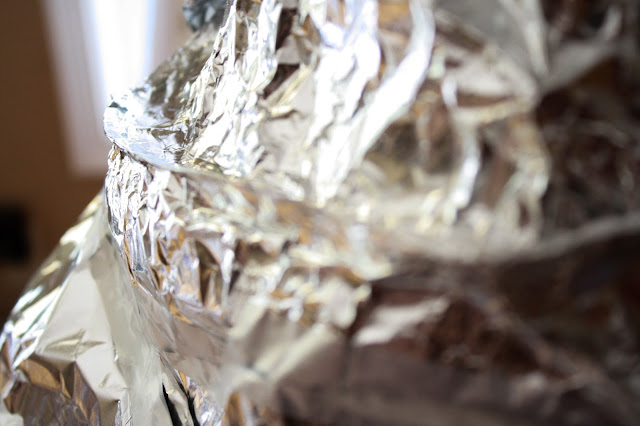 And then gave his trails a test run... 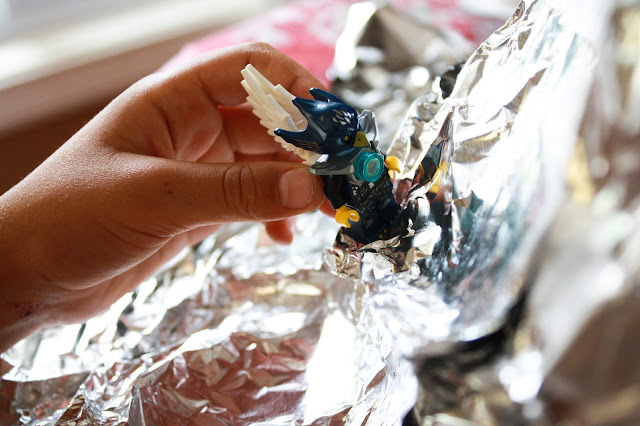 When he was satisfied with all of the trails another layer of paper mache went on. He started with defining and strengthening the trails and then filled in the areas between. 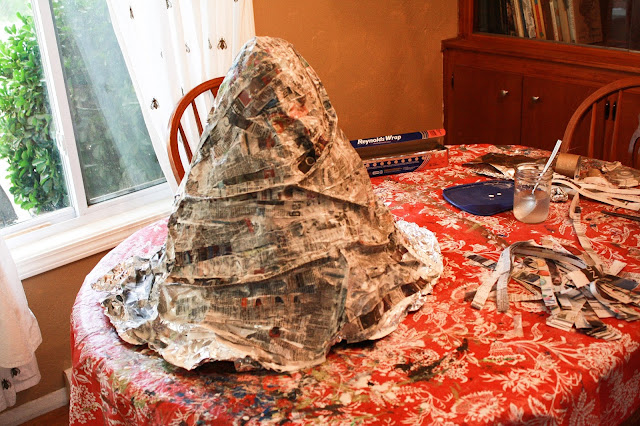 He is excited to move on to the painting and landscaping phases but he knows if he puts the extra work into the paper mache now he will have a strong mountain that will last. After one more good layer it should be ready for phase two.

This project really shows the magic of Project Based Homeschooling. An idea sparked from a commercial plaything has morphed into something that has taken imagination, planning, research, learning new skills, flexibility, long-term commitment to seeing an idea through, and patience.

And this is just the beginning.

Pin It
Posted by Dawn Suzette at 7:28 AM

Email ThisBlogThis!Share to TwitterShare to FacebookShare to Pinterest
Labels: homeschool 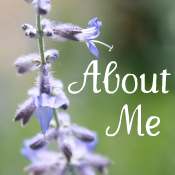 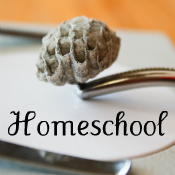 Home Away from Home

All text and photographs are ©2010-2013 by Dawn Suzette Smith. Feel free to link all you like but please link back to my blog and give credit for the photography and/or text with my name. All other use of the content of this blog is not allowed without my permission.